Some of you may have heard about this Netflix documentary ‘Abducted in Plain Sight’ about a young girl who was abducted by her neighbour, twice, originally released in 2017 before being recently bagged by Netflix. Typically I wouldn’t choose to watch something like this, I get so upset over these sorts of stories being a Mum myself but I decided to bite the bullet and try this one simply because everyone and their dog seemed to be to talking about it.

Honestly I don’t know what to tell you about it! The basis of the story is awful, a parents worst nightmare and not something to take lightly and I can’t believe this happened to an innocent poor young girl, but all I felt was absolute confusion and with so many bloody questions when I finished it.

So here are my questions, yes there will be spoilers so if you haven’t seen this documentary I want you to STOP reading right now, flick on Netflix and come back to me when you’re done. If you have watched please do read on and if you have answers/theories/any single hint of an idea to help with how actually insane the happenings in this film are, please do leave a comment below!

My questions for anyone involved in the creation of ‘Abducted in Plain Sight’.

Also the family stated how much of an infatuation ‘B’ (the abductor) had with 12 year old Jan (the victim). I get that it was a different time back then, that they lived in a small town where everyone knew everyone. The family loved ‘B’ and would never expect him to hurt their daughter. That the thought of an adult having romantic feelings towards a child was not a commonly known threat at that time, as the FBI agent stated BUT even so! Why wait 5 days to call the police?!?! Like come on, seriously?

2. Why did ‘B’s brother not alert the police when he realised his brother was a peadophile? pls why?

3. Why did Jan’s Dad start a sexual relationship with ‘B’? Honestly, I do feel for the man. He was so emotional when he spoke about this, you could see his regret but I am just so confused about this?!

4. Why did ‘B’ set up a fake car accident to make it seem like he and Jan had had an accident, only to take her to Mexico, marry her and then call her parents to tell them? He also asked for them to allow him to marry her in the States as their Mexican marriage certificate was only valid in Mexico. Why set up such an elaborate ruse with the smashed car window and the blood, only to call after and tell the parents and the police everything?

5. Why did Jan’s parents allow ‘B’ to sleep in Jan’s bed after the abduction?!?!?! Once the family got Jan back for the first time they ended up dropping all charges against ‘B’ as ‘B’s wife blackmailed them. She clearly didn’t have her priorities straight to begin with but that’s her issue. So as a result of this ‘B’ starting seeing a Psychologist as part of his recovery for his thoughts and relationship with Jan. As part of his ‘treatment’ the Psychologist suggests he listened to some weird tapes while lying in bed next to Jan while she slept. It turned out the Psychologist didn’t have a license and was chatting utter rubbish but why did her parents allow this to happen?! It just makes no sense at all. ‘Oh yeah, you abducted and illegally married our child but sure, go ahead and sleep in her bed. No probs at all mate.’ ?!?!!

6. Why did Jan’s Mum start a sexual adulterous relationship with the guy that took her 12 year old Daughter to Mexico to marry her? Like what? Am I missing something? I don’t care how nice ‘B’ was to her, how attractive and charismatic he is.. surely this should never be an option?!?!

7. Did Jan ever question the aliens, the mission, the baby, the sexual relationship she was meant to have with this fully grown man or did she just go along with it without question?

8. Were the tapes with the ‘Aliens’ on ever found? or the tape player used to play these tapes?

9. Why, even after everything, do the family speak so fondly about ‘B’? As shown at the start of the film.

If I can think of any more I will add to the list, do you have any questions to add? Have you watched ‘Abducted in Plain Sight’? if so, what are your thoughts?

I highly recommend watching just so we can share in the utter insane confusion it brings after :’)

Hello! I am a writer and Youtuber. I review books, post silly little stories I have written as well as thrift hauls, DIYs and LOTS of Harry Potter related shenanigans. View all posts by Ashley Louise 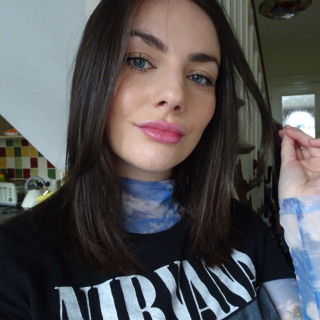 Hello! I am a writer and Youtuber. I review books, post silly little stories I have written as well as thrift hauls, DIYs and LOTS of Harry Potter related shenanigans.

There was an error retrieving images from Instagram. An attempt will be remade in a few minutes.